It’s time for our third lesson! This week is all about book covers.

It is impossible to overstate the importance of a professional, eye-catching cover. If your cover is ugly, cheap-looking or amateurish, that alone will kill your book.

I’m not exaggerating. You might’ve written the greatest book in all of human history—but if the cover is bad, nobody will read it, and all your hard work will mean nothing.

This week, I’m going to show you how to keep your book off of Lousy Book Covers.

Hiring a Designer vs. Doing It Yourself

Should you design your own cover or hire someone else to do it for you?
This is one of the most important questions of your pre-publication process. If you’re a graphic designer in addition to a writer, or you’re lucky enough to know a good graphic designer personally, the answer is probably pretty obvious. But the rest of us have a very big decision to make.
For most people, hiring a graphic designer is the best option. You won’t have to worry about buying the rights to stock images (as the designer generally handles that part), you won’t have to tear your hair out over Photoshop, and you’ll end up with an attractive, professional cover that will appeal to readers and generate sales.
However, many indies hesitate to hire a graphic designer because of the price. A professional, custom cover made by an experienced designer can easily run you hundreds of dollars. (Not all skilled designers have super steep rates, of course, but it’s safest to budget for at least a few hundred dollars when you commission a cover.) The prospect of dropping that kind of money is scary—and it’s why loads of indies make their own covers, even though they lack design experience.
Try not to fall into that trap. Be honest with yourself: You probably don’t already have the design skill and experience to create the cover you’ve envisioned—the fantastic cover that your book deserves—and that’s okay. You’re a writer. Nobody expects you to be a Photoshop wizard on top of everything else.
(Mind you, I’m saying this as an indie author who has created her own covers so far. However, I have previous design experience—and, more importantly, I’ve kept my covers very simple. For my current series, that kind of approach works wonderfully—but I don’t doubt that I’ll hire a designer for the covers of future books. More on that later in this post.)
Here’s what you have to remember: The money you spend on your cover is an investment in the success of your book. That’s the crux of it. A great cover can be expensive, but it is vital. Even if you have to save up for months in order to hire the designer of your dreams, that investment will be worth it in the end.
If your book sells steadily, the cover will pay for itself. And if your book has a bad-looking cover, it won’t sell at all.
However, if you’re still hesitant to shell out money to a designer, here are a few options that may prove more affordable:
Seek a designer on Elance: The premise is this—you post a description of your project (including your budget) and freelance designers submit bids. Then you choose a designer and get rolling on the project. I haven’t used this service myself, but from what I’ve read, it’s worked for plenty of indies, so it may be worth looking into.
Buy a pre-made cover: Many graphic designers create pre-made book covers. Generally, they’re much more affordable than a custom-made cover. When you find one that fits your novel and buy the rights, all the designer has to do is plug in your title and pen name, and voila! You have an instant, professional book cover that didn’t break the bank. (Also, the rights to a pre-made cover are sold only once, so you don’t have to worry about another book popping up with the same cover as yours.)

To get you started, here are a few designers with good-looking pre-made covers:

Whether you’re hiring a designer or making your own cover, it’s important to have a clear idea of what your cover should look like. You may already have a very specific sort of cover in mind, but don’t marry yourself to that idea just yet. The cover of your book has to be appropriate for its market, and your current dream cover might not be the right fit.

Your cover needs to have its own unique appeal, of course, but it also needs to blend in with the traditionally-published books in its genre, and that means sticking to certain established standards.

How do you figure out the standards? Study the other books in your genre.

Gather plenty of inspiration. Check out Amazon bestseller lists and new releases on Goodreads. Pinterest is also a great place for this kind of research, as there are countless boards dedicated to beautiful book covers. Here’s mine, for example. When you’ve got a good understanding of what’s out there, make a list of what elements might work for your cover. Should your cover feature models that represent your characters, or should the cover be based more on typography and illustrations? Should you work with dark or light colors? What kind of mood are you trying to convey?

Design trends come and go, of course. A few years ago, for instance, you almost never saw a full human face on the cover of a YA novel. Nearly all the faces were cut off at the cheekbones, so you couldn’t see anyone’s eyes. I think the idea was to leave something to the readers’ imagination. The first three Mortal Instruments novels (published between 2007 and 2009) are a good example of this trend: 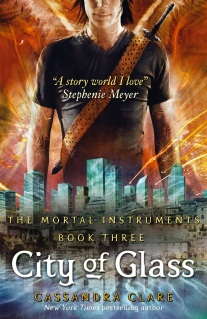 These days, while it’s still not unusual to see only partial faces on YA covers, most of the covers you see that feature human figures show the entire face. Take a look at the latter half of the Mortal Instruments series (published between 2011 and 2014):

Taken as a whole, the Mortal Instruments covers are a great illustration (pun fully and enthusiastically intended) of YA cover trends. The six covers all fit together—the overall look is cohesive, and they clearly belong to the same series—but you can see how the design trends have changed over the years this series was being published. Kind of fun, huh?

Sometimes, though, trends change so drastically that an entirely new cover becomes necessary, which brings us to our next section…

One of the beauties of self-publishing is the incredible flexibility that it affords authors. If something’s not working—your cover, your title, some other part of your book—you have the power to change it any time you want to. You can experiment and find what works.

I’ve taken advantage of this flexibility from the get-go. Not only did I redesign the cover of my first book, I even changed the first chapter! But that chapter change-up is another story.

Even the big New York publishers redesign their covers from time to time, for a number of reasons. Maybe the original covers don’t accurately reflect the content, tone or genre of the book. Maybe the covers just aren’t enticing enough. Maybe the publisher wants to appeal to a new set of readers. The list goes on and on.

Here are a few recent examples of traditionally-published books that have been redesigned.

The cover of The Immortal Rules by Julie Kagawa was redesigned before the publication of the second book in the series:

My first novel, Flicker, originally had a very different cover. I liked it very much, and I still have a soft spot in my heart for it (along with a few paperback copies with the original cover), but I came to realize that it just wasn’t right. It was a good cover, but it wasn’t the best possible cover for my book—and that’s exactly what your cover has to be.

Flicker’s original cover didn’t look like the other books in its genre. When mixed in with the countless other YA fantasy titles on Amazon and Goodreads, it looked out of place. And so, a few months after I published Flicker, I decided to change the cover.

The new cover was brighter, more eye-catching and a better reflection of the fantastical nature of the book. More than that, it did wonders for my sales. If your sales are lagging, ask yourself if your cover could be the problem—and if you made your own cover, it may be time to hire a graphic designer.

Designing Your Own Cover

When I redesigned the cover of my first book, I did it myself. I know what you’re thinking: After I advocated so strongly for hiring a graphic designer, why would I ever try to create my own cover?

It’s because I made a rule for myself and I stuck to it:

That was my game plan when redesigning Flicker’s cover. A beautiful photo and striking typography would be the keys to my new cover. No muss, no fuss, just a quality cover.

I have design experience (I’m a former managing editor of a college newspaper, where I designed and laid out about half of every issue), but I’m not a true-blue graphic designer, and I know the limits of my skills. If I wanted to design the new cover myself, I had to keep it simple. Minimalist, if you will. 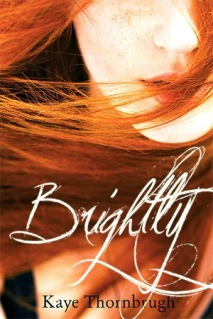 Simple, striking and effective. That’s my mantra when it comes to covers—and if you’re designing your own cover, it should be your mantra, too.
Don’t get too fancy. If you try to make a cover that really stretches the limits of your design ability, it will show. Your cover will not look good and you’ll make it that much harder to sell your book.
If at all possible, hire a designer to create your cover. But if not, don’t get too ambitious. Less is more when it comes to cover design. Better a simple, good-looking cover than a messy, complex one.

NEXT WEEK: Basics of marking your boo